I wasn’t going to post anything more about the Phoenix Lander, as the media’s picked it up now, and I don’t have a lot to add.

But then, I saw this photo.. 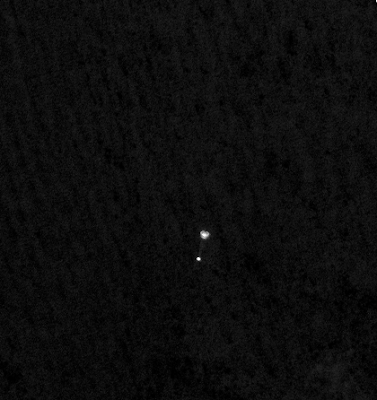 It’s Phoenix decelerating with its parachute in the Martian atmosphere, taken by the Mars Reconnaissance Orbiter. Not a high quality image, but there’s something totally awesome about this. It’s not just telemetry and indirect guesses – that’s a man-made probe, landing on an alien world, and we can actually see it.

If you’re not in awe of that, what exactly does it take?

via The Planetary Society