Last week, I went to the MIT Media Lab. It’s grown substantially since I was last there, with a new building that’s shiny, open, and white. There are Windows everywhere, most onto lab spaces filled with weird devices and exhibits. Until you actually go into a lab, it feels more like an art museum than a research and learning space.

Our guide showed us all sorts of projects. 3d printed structures 50 microns across, textiles made from dirt, robot dolls, inflated foods, magnets that make you hallucinate, and, my favorite, an awesome grow box full of sensors that’s completely open source. You can bet I’ll be digging further into that.

I have a reaction when I go to places like this. It starts with several shades of envy that make up an elaborate defensive dance that my ego and ambition do to protect themselves. First, I envy their resources and the opportunity those present, imagining that if only I had the same I’d do similarly awesome stuff. Then, I develop envy of their knowledge, seeing things whose construction I understand in principle but not in detail. Immediately afterward, having faith in my ability to learn, I move on to envy of the spare time required to knuckle down and learn complex new things.

Moving beyond these thankfully transient and reprehensible states, I dig in and start to properly wallow in self pity. I start with my ever-present resentment of mortality and sadness about all the skills and knowledge I’ll never have time to possess. Then, I move on to self-recrimination for the myriad ways I let distractions and tiredness get in the way of the learning I do attempt – the online courses left incomplete, the books left unread, and the projects unfinished. In this case, being in another city on a conference trip and thus not having anyone or anything looming over me, I was spared the lingering resentment I have of what seem like pointless demands that society and other people sometimes place on my time. I don’t like that emotion, but too often it’s where things end, and that fact is one of the things about myself that I like the least.

But, today, without that pressure, I was free to get to a place I like – inspiration. It emerges from envy with “I could have done that”, morphs to “hey, I can do that”, and finally becomes “ooh, I should so do that”. Today’s biggest inspiration manifests as a desire to play with open-source plant sensors and grow boxes, which is great, because I’m already tinkering with building a grow box at home.

Reflecting, I really enjoy it when my reaction follows the latter pattern. It emerges as the joyous conclusion of a process that begins with envy and self-pity, and this fact is one of the things about myself that I like the most.

It wasn’t clear until I started writing this, but in doing so I’ve stumbled across a stark divergence where, depending on circumstances, events unfold to leave me in one of two states defined by the best and worst aspects of my personality. There are not many places in life where circumstance and one’s reaction to it lead to such polar opposite outcomes, and so clearly this inflection point is something I need to pay attention to, and, ideally, learn to control. 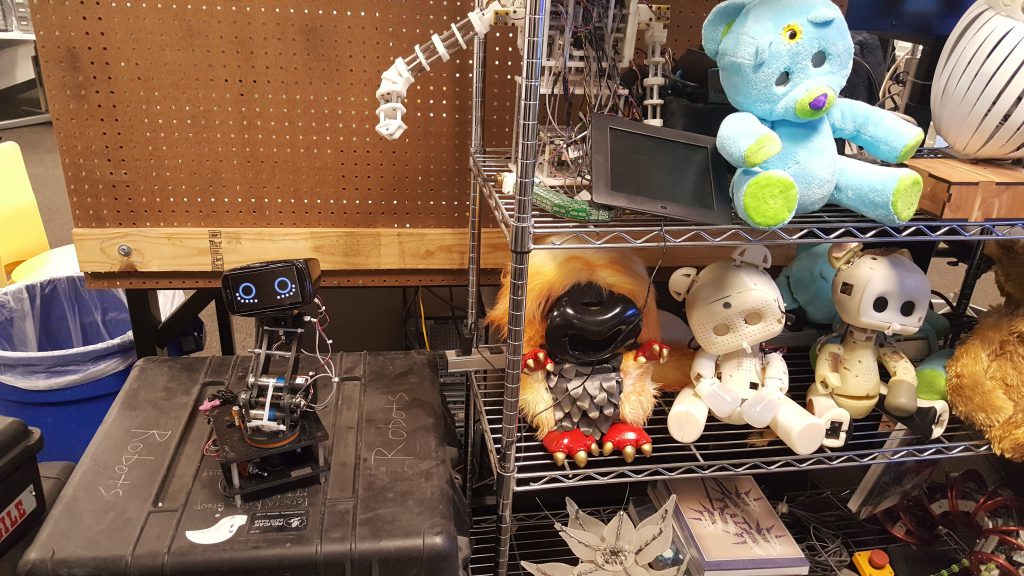 No, they’re not creepy toy robots out to get you. Except, maybe they are.